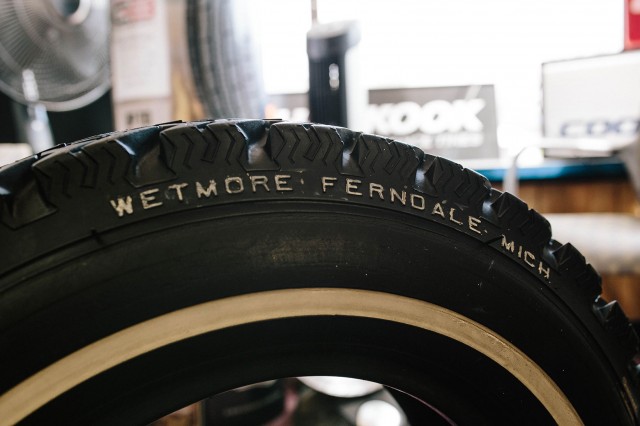 A wobbly-wheeled vintage relic with a purposely misaligned front end sits in an open-aired alcove on the second floor of Wetmore’s since 1928. Back then, drivers were often so surprised to see a Wills Saint Claire driving out of the second floor of Wetmore’s Tire & Auto Repair that fender-benders were not uncommon on the street below. Today, seeing those wheels wobble over Woodward is a sure sign that you are now entering Ferndale. 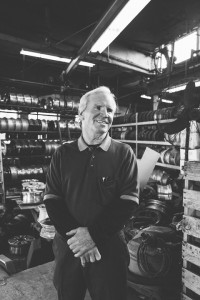 Wetmore’s Tire & Auto Repair was established by Ray Wetmore, who originally had the idea of putting the front axle of a car in the alcove to demonstrate the misaligned front wheels. However, the scrap dealer refused to dismantle the car so a quick-thinking employee obtained a crane and hoisted the entire vehicle up into the alcove. The wheels were powered by a belt-drive system and electric motor to perpetually rotate, and the front axle misaligned to give them that signature Wetmore wobble.

The Wills Saint Claire was replaced by a 1940 Buick Super four door sedan for a short period before a troublemaking Hudson claimed the spot for a few years. The Hudson Motor Car Company claimed that it was damaging to the Hudson corporate image to have a Hudson with a misaligned front end wobble over Woodward. They demanded that Wetmore fix the misaligned front end or face legal action. Instead, the Hudson was fitted with a special grille supplied by the auto moguls so that it looked more generic.

The Hudson was replaced years later by a ‘49  Lincoln Cosmopolitan sedan which was almost new when it was put on display, but badly weathered by 1966 when one May morning it was replaced by a turquoise green 1964 Chrysler New Yorker four door sedan which remains wobbling over Woodward at Wetmore’s to this day.

“As time went on Ferndale has turned into the most unbelievable city around.” ~ Chris Lynch 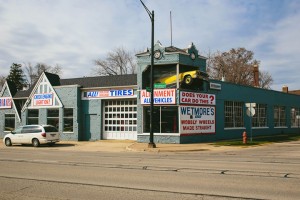 Chris’ father, a tire salesman originally, bought the shop from Ray Wetmore in 1975 and went into business with his son. Since 1986, Chris has run the general auto repair shop on his own.

As the community has evolved over the years, Wetmore’s has been witness to tremendous change. Seeing a younger base of customers, Chris is quick to credit the DDA and its support of both the business and residential community for making Ferndale the city it is today.

“The diversity, the people. It’s just phenomenal. You couldn’t pick a better community to have a business in.”

Being a generous contributor to community programs for years, the tradition continues as Wetmore’s sponsors the 2016 Ferndale Memorial Day Parade, the oldest parade of its kind in the state. “These are the people who have supported me for 40 years, and I want to support them in return,” said Chris.

Chris has no plans to replace the Lincoln any time soon. And he certainly won’t be fixing that signature Wetmore wobble.